You are here: Home / Physical Therapy / MRI Back Scans Do Not Predict if You Need Surgery

This is an article written By Richard C. Senelick, M.D. in regards to MRI Scan and their indications for surgery that is well worth reading

Deep aching back pain that you feel all the way down into your leg. You wake up with it, or it shows up with a simple sneeze or when you bend over to tie your shoes. This problem, called sciatica, affects 13 to 40 percent of all people during their lifetime and costs our economy approximately $50 billion each year. Only headaches are a more common neurologic ailment.

In most cases, the leg pain and most severe symptoms resolve in eight weeks, but we are not a patient society. Many of the people who have sciatica symptoms go on to have back surgery that may or may not solve the problem. Despite changes in technology and fancy titanium screws, plates and cages, the overall results of surgery have not significantly improved over the last few decades. This over-prescription of surgery is a huge problem.
MRI Scans of the Back

The introduction of MRI scans in the 1980s resulted in elegant pictures of the lumbar spine and graphic demonstrations of the deterioration that happens to our spines as we age. It is one thing to look in the mirror each morning and see the wrinkles that slowly form at edges of your eyes and mouth. It is another thing to have your doctor suddenly show you a picture of your spine with its bony growths, deteriorated disks and endangered nerve roots.

When throbbing back and leg pain attack your brain’s pain centers, it is easy to say, “I will do anything to get rid of this pain. Where is the surgeon?” But, a recent study in the New England Journal of Medicine looks at whether an MRI scan can predict whether you need surgery or whether you are better off taking your time and following an extended course of conservative treatment. Having an MRI of your lumbar spine performed may be quick and painless, but it can lead to unneeded surgeries, complications, poor outcomes and chronic pain. The 15-20 percent of people who have recurrent episodes of sciatica will have even more MRI scans and repeatedly face the decision of whether to have surgery.

Researchers at multiple centers recruited 283 patients with persistent symptoms of sciatica (symptoms that had lasted 6-12 weeks) and randomized them in a study comparing early surgery versus prolonged conservative therapy. All of the patients had a herniated disk on their MRI scans, and scans were performed at the beginning of the study and one year later. The question was whether there is an association between what we see on the MRI scan and the eventual clinical outcome. Did the pain go away, and was the patient happy with the outcome?
Herniated Disks Can Disappear!

At one year, 84 percent of all the patients had a favorable outcome whether they had surgery or conservative treatment. Previous studies had reported that those who have surgery may get better faster, but at one year there is no difference. The disk pressing on the nerve root is thought to cause the pain down the leg, and it disappeared on the MRI scan in 82 percent of people having surgery. But, it also disappeared in 60 percent of those who had conservative therapy.

Of course, it is not so simple as to just assume that something is pressing on the nerve and causing the pain. How many times have you heard someone say that they had a “slipped disk” that their chiropractor put back in place? It sounds good, but it doesn’t work that way. It may be inflammation, a chemical reaction or some other process that causes the pain. The truth is that the source of a person’s low back and leg pain is frequently illusive.
The bottom line: When trying to decide who should have surgery, a herniated disk or nerve root compression on a MRI scan does not predict a better outcome. This study even looked at those situations where a piece of disk has broken off (an extrusion) and there was no difference. It is difficult to correlate a patient’s symptoms with the findings on their MRI scan.

If a MRI scan does not distinguish between a favorable and unfavorable outcome, how should a doctor and patient make the decision on whether to have surgery? Here are the five guidelines that have served me well over the years.
1. You have persistent pain that you can no longer tolerate, and it is unresponsive to medications, physical therapy and a prolonged period of conservative therapy. Give it time.

2. The planned surgery correlates with the anatomic location of your symptoms. For example, your back hurts, so you think that means you should have surgery on your back. Far too many times I have seen patients have surgery on an area that is unrelated to the location of their complaints. Surgery that is performed for low back pain without leg pain is fraught with difficulties.

3. If you have “progressive” weakness, this may suggest that the there is increasing pressure on the nerves that needs more immediate attention. Weakness, in and of itself, is not an absolute indication for surgery.
4. Many people have numbness, tingling or some loss of sensation in their leg. This does not automatically require surgery and frequently does not resolve with surgery. The key here is whether you have a progressive loss of sensation or a sudden change that needs immediate attention.

5. The rapid onset of bladder or bowel symptoms may be a neurological emergency that needs immediate surgery. If you have chronic back or leg symptoms and then develop problems urinating, this needs immediate attention.
The next time your are lying on your back, encased in a MRI machine making clanging and banging sounds from another world, keep in mind that the amazing pictures your doctor will show you of your back are only part of the story. Remember that there is no such thing as “good as new.”
For more by Richard C. Senelick, M.D., click here.

If you are experiencing pain, take action to eliminate it! We can help. Let us help you get back to the activities you enjoy. Call 804 320-2220 and setup an appointment today.

We are a specialized manually based orthopedic, spine, and sports physical therapy practice that provides individualized care to its patients.

All of our therapists have specialty training, advanced certifications in orthopedic manual therapy, and extensive post graduate course work, and are highly qualified to help you reach your therapy goals.

Our methods include hands-on corrective treatment, movement training, dry needling, and therapeutic exercise provided exclusively by your therapist. Our objective is to teach you how to move efficiently and painlessly and to educate you on how to stay healthy.

We can help you achieve your goals to lead a healthy, active life–in a word, THRIVE!

THRIVE PT is a specialized manually based orthopedic, spine, and sports physical therapy practice that provides individualized care to its patients. All of our therapists have specialty training, advanced certifications in orthopedic manual therapy, and extensive post graduate course work, and are highly qualified to help you reach your therapy goals. Our methods include hands-on corrective treatment, movement training, dry needling, and therapeutic exercise provided exclusively by your therapist. Our objective is to teach you how to move efficiently and painlessly and to educate you on how to stay healthy. We can help you achieve your goals to lead a healthy, active life--in a word, THRIVE! 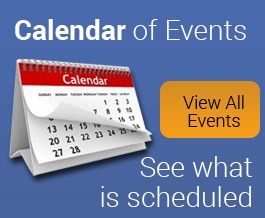